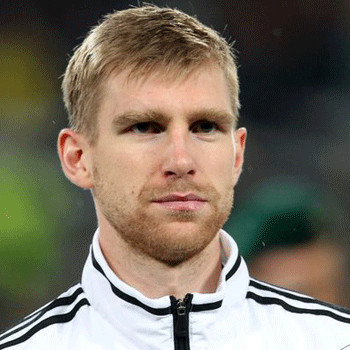 ...
Who is Per Mertesacker

He was born in Hanover,Germany in the Mertesacker family.His father name was Stefan Mertesacker. He started his career from young age.When he was at age of 11 he played for Hannover 96.

He is a White Ethnicity player having a weight of 90 kg.He has a salary of 3.12 million GBP. His fans called him BFG which means BIG Fucking German (nickname).

Regarding to his personal life, he is a married person and great dad. He was married with German international handballer named as Ulrike Stange. This couple have a son named as Paul Mertesacker.

There is no more information about the rumor and controversy about his personal life but there is rumor about his transfer.

Height of Per Mertesacker