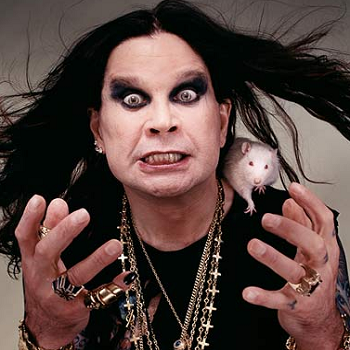 ...
Who is Ozzy Osbourne

Osbourne was born in Birmingham, United Kingdom. His parents are John Thomas "Jack" Osbourne and Lillian. He has had the nickname "Ozzy" since his primary school.

Osbourne said that he deliberately married Arden on the US Independence Day so that he'd never forget his anniversary. It is claimed that he is very religious and he prayed before each show.

Osbourne married twice and has six children. He first married Thelma Riley and adopted her son. They also have two children. He then married Sharon Arden on 4 July 1982. They together have three children.

He has won Grammy Award. He was honored with the prestigious Living Legend award in the Classic Rock Roll of Honor.

It is said that, Osbourne sleeps with a bayonet under his bed.