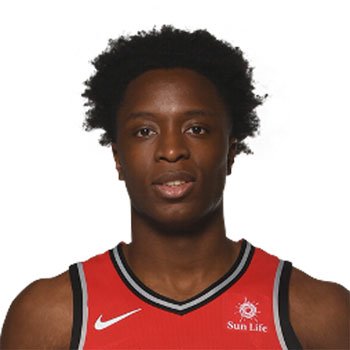 He played basketball for the Jefferson City High School. In his senior season, he averaged 19.1 points and 8.6 rebounds per game. His performance on the court made him a finalist for Mr. Basketball in the state of Missouri. Performing in the freshman season at Indiana, he averaged 4.9 points, 2.6 rebounds and 0.5 assists per game in 34 appearances. Soon after his sophomore year, he was selected with the 23rd overall pick in the 2017 NBA draft by the Toronto Raptors

He was born to the Nigerian parents in the London, England. He was raised in Jefferson City, Missouri where his father worked as a professor at Lincoln University. His brother Chigbo Anunoby was the player of Tennessee Titans, Cleveland Browns, and Minnesota Vikings of the National Football League (NFL)

He was not linked to any rumor and controversy in his professional as well as personal life.