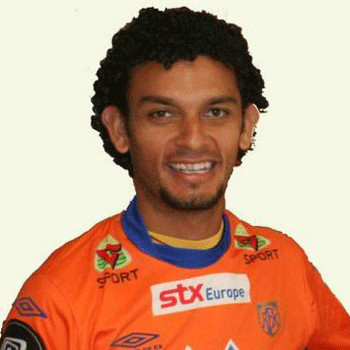 ...
Who is Michael Barrantes

He was born at Heredia, Costa Rica. His birth name is Michael Barrantes Rojas. His more information about his early life,parents and his education is not available.

He is one of the famous footballer in Costa Rica. He has maintained his body weight to 71 kg. His jersey number while playing from Club is 31 and from National Team is 11.

He is a happily married man. After long time of dating he married with Andrea.In 2013 February, this beautiful couple gave birth to a child, boy named as Arjen.

In 2011, he was titled with "Norwegian Midfielder Of the Year". Other than this he has not got any popular awards till date.

Rather than the transfer rumor he is not involve in any kind of other personal or career rumor or controversy.