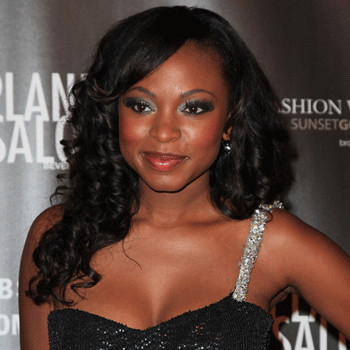 ...
Who is Naturi Naughton

She is the daughter of Brenda and Ezra Naughton. She had attended St. Joseph's Catholic school and later on joined Seton Hall University and sang in their church choir. In 1999, she joined 3LW at its founding.

She used to sing in the church choir and her singing capability was noticed then. From 2005 to 2008, she starred as Little Inez in the Tony Award winning Broadway musical Hairspray.

She is enjoying her single independent life to the fullest. She had dated Jamal Woolard who is an actor and a singer named Boog. Though her love relationship with those fellows did not last long.

She has won the honorable 2011 Rising Star Award and in March 2008, she was cast to portray Grammy Award-winning rap artist Lil' Kim in the Fox Searchlight's hit movie Notorious.

Naturi Naughton is suing for sex accusation by the two members of the R&B group, Kiely Williams and Adrienn, which has dragged her into a great controversy.