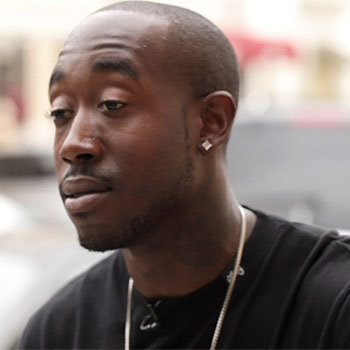 ...
Who is Freddie Gibbs

Freddie Gibbs is a rapper and a hip hop artist. As a rapper, he has released several albums and some of them are titled as ESGN, Shadow of a Doubt and so on.

He was born on 14th of June 1982 in Gary, Indiana, United States. He spent most of his childhood days in 17th and Virginia St..

Till date he has not shared anything about his love life in the media but there is some information about him being father of a lovely lady Irie Jane Gibbs.