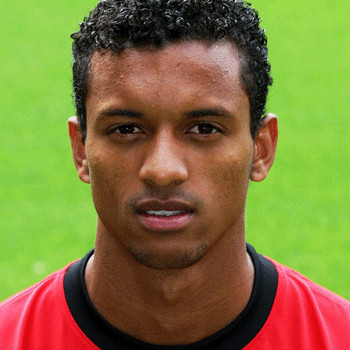 Nani was born in Praia, Cape Verde and later along with his family emigrated to Portugal. Nani began to train in Real Massama at the age of 14. At the age of 16 he began training with Sporting Club de Portugal and Benfica.

Nani has nine siblings from his mother and another five from his father. The name 'Nani' was given by one of his elder sisters when he was young. While growing up his football hero was Luis Figo. He is currently 28 years old.

Nani's current partner is Daniela Martins . Nani is the father of a lovely child Lucas da Cunha. Nani's dating history contains Tyese Cunningham and Gemma Storey as well. He has never married till date and never hada a divorce.

There was a controversy when the rumor arose that sir Alex Ferguson had banned Nani's 'Mortal' celebration due to the fear of his saftey but that was later resolved when Nani himself denied the rumor stating 'not true'.