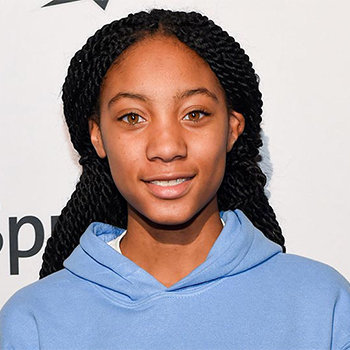 Born in Philadelphia, Pennsylvania, she has lived with her mother and stepfather, Mark Williams, since the age of six. She was already throwing perfect spirals with a football at early as age 7.

She was the 18th girl overall to play, the sixth to get a hit, and the first African-American girl to play in the Little League World Series.

Davis is the daughter of Lamar Davis and Lakeisha McLean. She aspires to become a WNBA player, and has expressed desire to play college basketball for the UConn Huskies of the University of Connecticut

She became the first Little League baseball player of either gender to grace the cover of Sports Illustrated. She was named by Time magazine as one of The 25 Most Influential Teens of 2014 and by SI Kids as the Sports Kid of the Year for 2014.