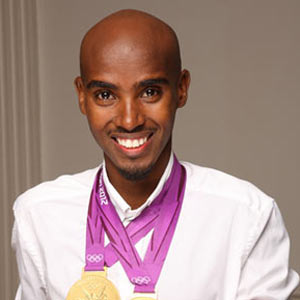 He has an accumulated net worth of 5 million dollars.Mo is also a philanthropist and follows Muslim religion.His birth name is Mohamed Mukhtar Jama Farah.

Mo is married to his longtime girlfriend Tania Nell.They are blessed with two daughters Aisha and Amani and a son Hussein.