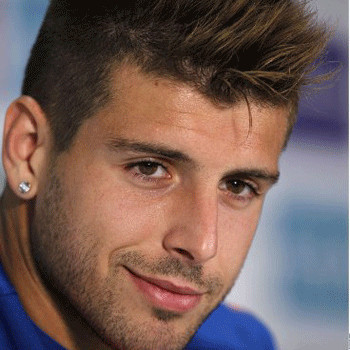 ...
Who is Miguel Veloso

Born on 11th May 1986, in Coimbra, his football career started with S.L Benfica but after being rejected for being slightly overweight he entered Sporting Culbe de Portugal at 13 years of age. His educational status is unknown.

Veloso has played 165 games for Sporting and has earned 50 Caps for Portugal. His impressive style of play has been observed in two World Cups and two European Championships.

Miguel had an affair with Bruna Duarte from 2004-12 and then commenced dating Paola Preziosi on November 2012. They got engaged on December and they married on 27th May 2013. They have no children yet.

During his debut on the UEFA Champions League for the Lions, he was awarded Man of the Match. He also won the UEFA European Under-17 Championship Golden Player Award: 2003.

On 2009, it was rumored that Veloso was to be transferred to Manchester United for a sum of 15 million dollars. The rumor however turned out to be false.