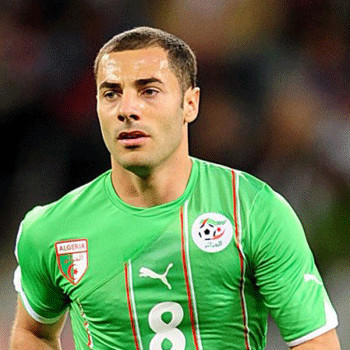 He was born in Paris, France to an Italian mother and Algerian father. He started his youth career in football from the club called Versailles of France. Professionally he started his career from Stade Lavallois and ASOA Valence.

Not only him but his younger brothe rnamed Michael, is also a professional football player and he represented, amongst other clubs, FC Versailles.His current market value is said to be 1.3 million GBP.

Regarding his personal life he is married. Though there is no news about how many children he had but we can confirm he has become father as he could not play in 2010 Africa Cup of Nations due to his wife’s pregnancy.

On April 2012 he was one of the team member when Getafe scored 5–1 home win against Sevilla FC. He also helped club Zaragoza scoring three goals, namely in a 3–2 home win over club Xerez CD.

He was in headline when in 2006 he was called in the Algerian National Football Team and due to some administrative issue he could not appear in the match.