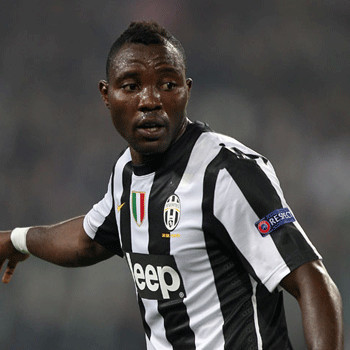 ...
Who is Kwadwo Asamoah

He was born on December 9th 1988 in Accra, Ghana and played as a youth for the clubs Kaaseman, Liberty Professionals, Bellinzona and Torino. His educational status is unknown.

Kojo is considered to be a skillful dribbler along with having the amalgamation of physical, technical and athletic characteristics and a hard working, agile and versatile attitude.

He was engaged on 2011 to his girlfriend Bertha and they later got married on 2012. They have no children yet and no signs of divorce have appeared till now.

Kojo was awarded with the CAF Most Promising African Player of the year award in 2010 and also Ghana Player of the Year Awards in 2012 and 2013. He has also been ranked as the 27th best footballer.

On 2014, rumors had arisen about English club Chelsea showing an interest on him. He was rumored to be leaving Juventus for Chelsea but the rumors were later proven to be fake by Kojo himself.