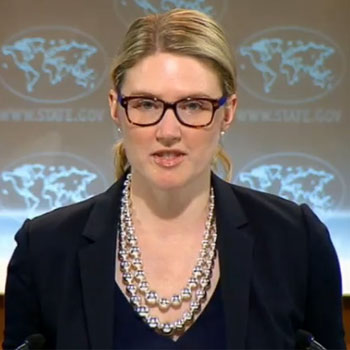 Born and grew up in Granville, Ohio from parents Jane Ax Harf and James E Harf. She has a degree of BA in political science from Indiana University Bloomington.

Harf has an accumulated net worth of one million dollars.She worked as an Acting spokesperson and Deputy spokesperson of State Department.

She is married to her longtime boyfriend Joshua Lucas.There is no information regarding her children. She is enjoying a blissful moment with her family.