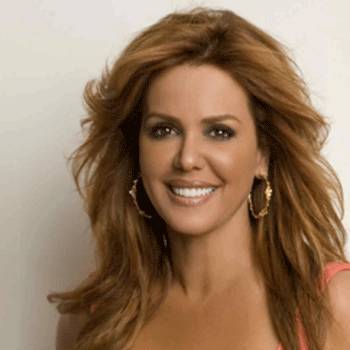 ...
Who is Maria Celeste

Maria Celeste Arraras is a journalist as well as actress. She also have produced and hosted the Spanish language news program called Al Rojo Vivo. She is also the host of radio program En Voz Alta con Maria Celeste.

She was born to José Enrique Arrarás. She is one of the seven children of her parents. She studied at Loyola University of New Orleans in New Orleans, Louisiana and majored in public relations and communications.

She suffered from kissing diseases after sharing a glass of water with someone. Her zodiac sign is Libra. In 2007 she wrote a children book titled as The Magic Cane. Both her eyes and hair are dark brown in color.

She have married three times. In 2012 she got married to Raul Quintana. The couple is blessed with three children. They currently resides in Miami. Her former husband name is Manny Arvesu. With him she have two children named Julian and Lara Giuiliana.

In 1971 she took part at the Central American and Caribbean Swimming Championships and won one silver, one gold and one bronze medal. She is also awarded with News & Documentary Emmy Award for Outstanding Coverage of a Breaking News Story in Spanish.

She was once rumored to be dead but she only had injured elbow.