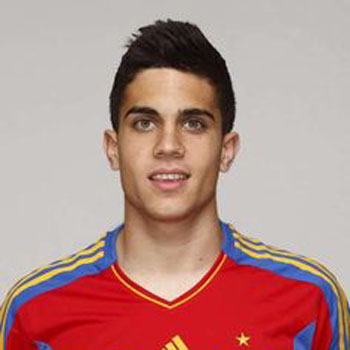 Born and grew up in Sant Jaume,Spain from parents Josep Bartra and Montse Aregall.He has a twin brother named Eric Bartra.

He has an accumulated net worth of 13 million dollar and earn a overall salary around 9 million dollar.He started to join the team at the age of 11.

Marc is blessed with a beautiful daughter Gala from his girlfriend Melissa Jimenez who is a Grand Prix motorcycle journalist and they are living happily.