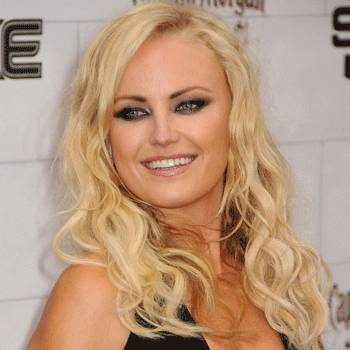 ...
Who is Malin Akerman

She was born to Pia and Magnus Åkerman. She also have a sister named Jennifer Åkerman. She studied at Sir Winston Churchill Secondary School. She had no plans of becoming an actress.

Her birth name is Malin Maria Åkerman. Her parents got divorced when she was four years old. She was raised Buddhist. Her zodiac sign is Taurus. She also attended North Toronto Collegiate Institute .

In 2007 she got married to Roberto Zincone at Grand Hotel Moon Valley. Roberto is an Italian musician. The couple together is blessed with a son named Sebastian Zincone. Unfortunately they got separated in 2013.

In 2009 she was awarded with Golden Schmoes Awards for Best T&A of the Year. In the same year she won nomination of Scream Awards. She was also nominated for Saturn Award at Academy of Science Fiction, Fantasy & Horror Films, USA.

She was rumored of being short listed as the female lead in True Detective' Season 2 .