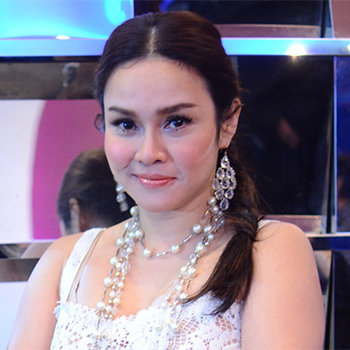 Born in Bangkok, Thailand, she is one of four daughters of Thai actor Surin Charoenpura and Winee Sontikool. Mai was educated in England, at Farringtons School.

She made her pop debut with the release of her first album in 1989. She made a special performance for the Thai Prime Minister in 2007. She acted with Sorapong Chatree in the 2001 action film The Legend of Suriyothai.

Mai's father is also an actor. She grew up with three sisters named Venic, Vipavee, and Intira. She is elder half-sister of actress Intira Charoenpura.