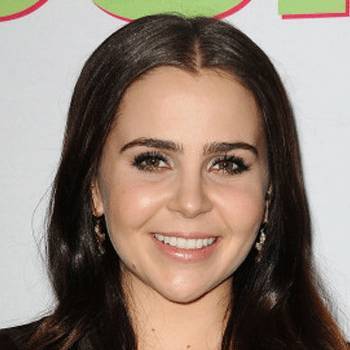 She was born to Pat Musick and father Jeff Whitman. Her mother was a voice artist while her father was a personal manager and set construction co-ordinator. She attended a private school in Los Angeles.

When she was three years old she started her career doing a voice over for a Tyson Chicken commercial. She made her debut in film while she was six years old. Her zodiac sign is Gemini.

Her ex-boyfriend name is Landon Pigg. Landon also guest starred on Parenthood for a year. According to some source she finds girls appealing. But she haven't dated any girl yet. She is dating Dov Tiefenbach.

In 2013 and 2014 she was awarded with Behind the Voice Actors Awards for Secret of the Wings and Teenage Mutant Ninja Turtles respectively. In 2015 she won Gracie Allen Awards. She won Young Artist Award in 1997, 1999 and 2002.

She was rumored of leaving the sequel Independence 2 and her part will be played by Maika Monroe.