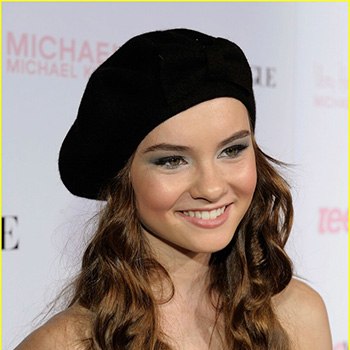 ...
Who is Madeline Carroll

Carroll was born and raised in Los Angeles, California. Her mother is a homemaker and her father is a contractor. She has three brothers named Ned, Jack, and Dylan.

Carroll is an American actress who has estimated net worth of $3 million. She lives with parents in Los Angeles, California, United States. Her first commercial was for Fisher Price, Tellepop when she was almost 3 1/2 years old.

Carroll began modeling when she was three years old and had also done numerous television commercials. In 2005 at the age of nine, she debut her acting from comedy show Hidden Howie: The Private Life of a Public Nuisance, starring Howie Mandel. She is single. There is no information about her dating anyone.

Though Carroll has been nominated in Young Artist Award yet she was not able to bag any awards.

Ottavia Busai is an Italian television actress. She has made her appearance in the shows like No Reservations notably the ones in Sardinia, Rome, Rio de Janeiro, and Naples.

Caity Lotz is an American actress, dancer, and singer. She is best known for her roles as Officer Kirsten Landry in the MTV mockumentary series Death Valley (2011), as Annie in The Pact (2012).