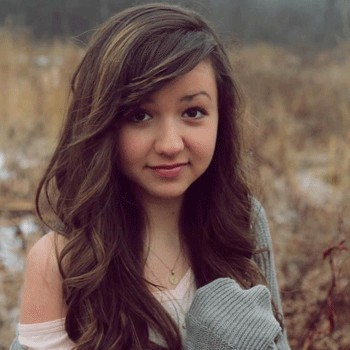 She started singing at very early age. At only age of 8 she get involved in musical theater and when she reached 10 she attended conference in Nashville at Belmont University.

Maddi started recording her cover videos of herself singing at age of twelve. Another astonishing fact about her is that audio and video for her recording were recorded simultaneously live with no studio editing.

Sixteen years old cute singer is still single. On media she have told she ain't got time to make boyfriend because she loves music more than anything.

She was placed in the Billboard Social 50 chart and due to her popularity, she appeared on The Ellen DeGeneres Show too. In YouTube she has more than 337 million viewers and 1,119,000 subscribers till 2014.

Sixteen years old pretty singer Maddi have recorded lot of cover videos of famous artist, but now there is rumor that she is going to publish her own album soon.