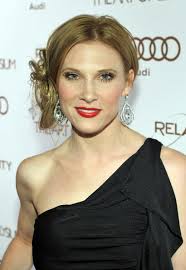 Lucy's parents had a divorce when she was of tender age. She came third in television singing competition titled Rock the Cradle.

Lucy's father is Eagles' guitarist ,Joe Walsh .She is the stepsister of Francesca Gregorini. Marjorie Bach is her stepmother. Lucy is the stepniece of Ringo Starr and Barbara Bach.

Lucy had an affair with Eric Dill starting from 2006. They separated in May 2008. Lucy has not been married or divorced till date and doesn't have children.

Lucy sang the national anthem for President Bill Clinton at The Tiger Woods Learning Center. She became a member of the Screen Actors Guild in 2011.

There are rumors that Lucy may have revealed that Ashlee Simpson is pregnant.