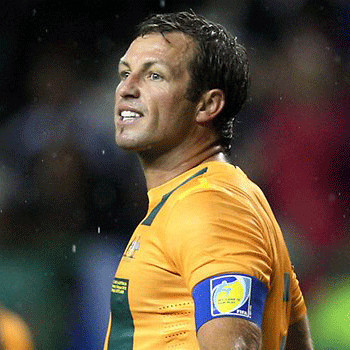 He was born in in Sydney, Australia. He completed his school in Wakehurst Public School and joined St Augustine’s College in Belrose. In 1995 he started his professional football career by joining Millwall.

He got football scholarship in 1994–95 from Australian Institute of Sport. He had played for numerous modest clubs like Millwall, West Ham United, Everton, Blackburn Rovers, Galatasary, Al Wasl and Sydney.

Regarding his personal life, he is married and his spouse name is Lindsay Morris. The couple has given birth to two beautiful children named Paige Neill and Toby Neill.

He was in the Australian National team when they won OFC U-20 Championship in 1997. He was honored with Millwall F.C. Player of the Year in 1996-97 and AFC Asian Cup Team of the Tournament in 2011.

He has been in many controversies and headlines.He created quite a scene in premier league 2003-04 seasons when he broke Liverpool’s Defender Jamie Carragher’s leg in a tackle at Ewood Park and didn't apologized at all.