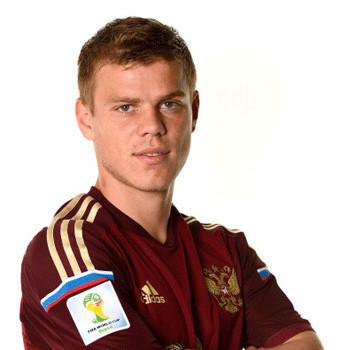 ...
Who is Aleksandr Kokorin

Aleksandr was born in Valuyki, Soviet Union where he spent most of his childhood and began his youth career playing for Lokomotiv Moscow. He then began his senior year in 2008 playing for Dynamo Moscow .

Aleksandr is currently 23 years of age and weighs 77 kgs. He is of white ethnicity. His salary is 2.5 million euros. He became the youngest player (17 years and 199 days) in Dynamo to score a goal in the Russian Premier Leagure.

there have been rumors about his girlfriends but not as much as other young players. He is mostly seen in his training shorts in the field. He is not married, gay or has any children. He doesnot talk much about his personal life.

Aleksandr was named in the list of Top 33 players of the 2013/14 russian League. He has made 17 appearances and delivered 8 goals Russian Under 21 and 7 goals for the Russian team. while working in Dynamo he has secured over 30 goals.

There have been slight rumors about Kokorin's transfer since the FIFA World cup 2014 but these rumors seem fallacious. Kokorin has not been till date subjected to any kind of controversy as he does not publicize his personal life.