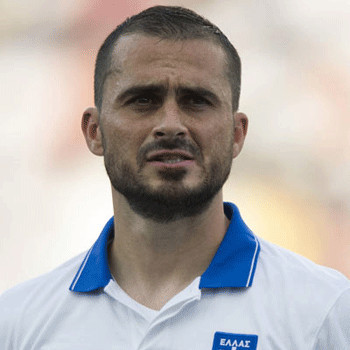 ...
Who is Loukas Vyntra

He was born in Albrechtice, Czechoslovakia. Though his mother was Greek his father was Czech. In 1999 he started his football career from Greece by signing his first professional contract with Paniliakos.

He was the part of the team of Greece national football team on 8 June 2005 when Greece team lost with Ukraine by 1-0 for the qualifying 2006 FIFA World Cup.

He has not disclosed any information about his girlfriend or any affair. Though there was rumor of him dating Paris Hilton. He is not married yet.

He has received the most criticism for Panathinaiko's recent inability to win titles because of his lack of stability though he is hardworking player.