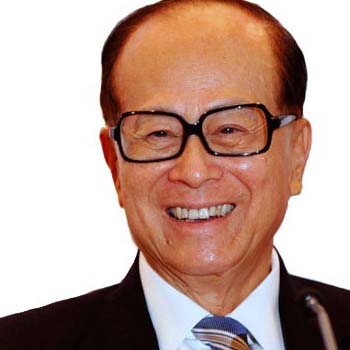 He left his high school education after his father's death. Then after that he worked in a plastic company and later established his own company.

The 87 year old business man has a net worth of of $31.9 billion and is the richest person in the Asia. He is the operator of world's largest container terminals and retailer of health and beauty.

He was married to Chong Yuet Ming and had already died. How ever they have a two sons. He maintains his health and still physically fit.

He was awarded with Justice of the Peace, LL.D and D. SSc.