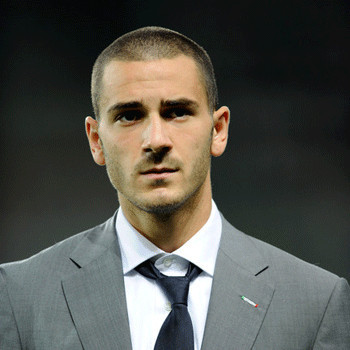 ...
Who is Leonardo Bonucci

He is the son of Dorita Bonucci and Claudio Bonucci. His father owned a paint shop in Viterbo. He has a sibling named Riccardo Bonucci who is also a footballer.

On 3 March 2010, he made his debut with Italy senior team in a friendly match against Cameroon that was held in Monaco. He played youth soccer for Viterbese.

He is married to a former model Martina Maccari whom he dated for a long time.They got married in the year 2011. This couple also have a baby boy, Lorenzo who was born in 2012.

There is a rumor of Bonucci getting transferred to the club Arsenal.