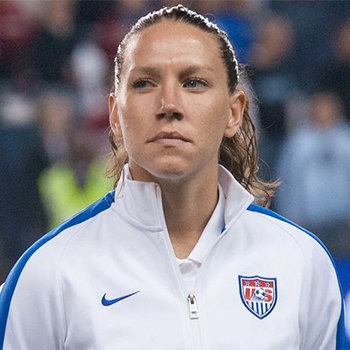 ...
Who is Lauren Holiday

Born in Indianapolis, Indiana to Rita and George Cheney, Lauren Nicole Cheney began playing soccer as a youth after watching her brother play the sport. She played on boys' teams until age 12

She was a standout player at UCLA, leading the Pac-10 with 19 goals her freshman year and earning first-team All-American honors. Holiday played professionally for FC Kansas City in the National Women's Soccer League (NWSL) and the Boston Breakers in the Women's Professional Soccer (WPS). She played collegiate soccer for the UCLA Bruins.

At the age of three, Holiday had open heart surgery to correct a heart defect. She married professional basketball player Jrue Holiday. On September 4, 2016, it was announced that Holiday had previously been diagnosed with a brain tumor during her pregnancy.