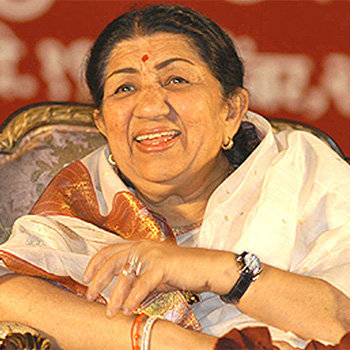 ...
Who is Lata Mangeshkar

She was born in Indore, India and raised alongside a younger sister Asha Bhosle who is also a highly honored singer. She started acting and singing in musicals at age five.

She held the record for most recordings in the world, with more than 25,000, according to the Guinness Book of World Records from 1974 to 1991.

Mangeshkar's career started in 1942 and has spanned over seven decades. She is the elder sister of singers Asha Bhosle, Hridaynath Mangeshkar, Usha Mangeshkar and Meena Mangeshkar.

India's highest award in cinema, the Dadasaheb Phalke Award, was bestowed on her in 1989 by the Government of India. She is the second vocalist, after M. S. Subbulakshmi, to have ever been awarded the Bharat Ratna, India's highest civilian honour.