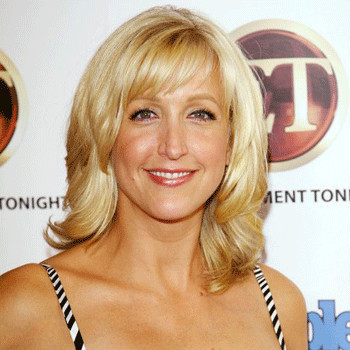 She was born and raised in Garden City, New York. She studied at Garden City High School. She on an athletic scholarship for springboard studied at Pennsylvania State University. She was graduated with a degree in Broadcast Journalism.

Her full name is Lara Christine Von Seelen. She belongs to white ethnic background. She have white face. She have got blue eyes and brown color hair. She weighs 63 kg.

She was born to Richard von Seelen and Carolyn von Seelen. She is a married woman. On September 30 she got married to David Haffenreffer who is a former CNNfn journalist. The couple is blessed with two children.

Lara have large number of fan following in her social networking sites. She have also written a book titled as I Brake for Yard Sales. It was published and released in April 2012.

Lara was a rumored of doing plastic surgery.