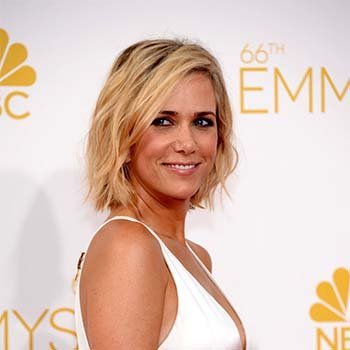 Born in Canandaigua, New York, She took up an art major at the University of Arizona, then decided to drop out to pursue acting. She relocated to Los Angeles and joined the improv group The Groundlings.

She had voice acting roles in Despicable Me and How to Train Your Dragon. She also appeared in the 2016 comedy Zoolander No. 2.

She was married to Hayes Hargrove from 2005 to 2009. She starred alongside her former Saturday Night Live castmate Bill Hader in the 2014 film The Skeleton Twins.

She was named one of PETA's Sexiest Vegetarian Celebrities of 2011.