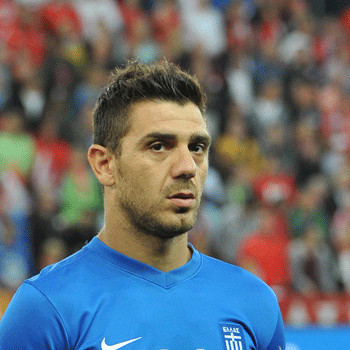 He was born in Patras of Greece. He started his youth career with Doxa Chalandristsa and later he started his professional football career by signing with Patras-based club Panachaiki when he was just 16 years old.

He is best know for his tackle, good speed and stamina which keeps him durable during the game. Recently in 2013 he got tattooed on his hand, with the number 21 which is in fact his favorite number when he started to play for AEK.

He was part of the Greece National team when they won European Championship 2004. Individually he is awarded with Super League Greece Greek Footballer of the Year in 2004–05, 2012–13 and S.L. Benfica Player of the Year 2008.

He is also first Greek footballer to get red card in World Cup history which happened in 2014 FIFA World Cup.