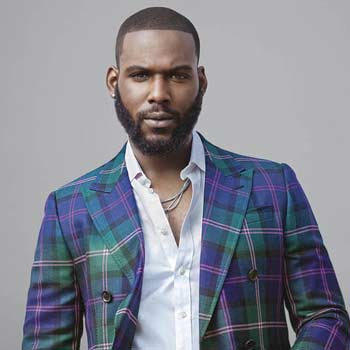 Kofi Siriboe was born Nana-Kofi Siriboe in Los Angeles, California to Ghanaian parents Koshie Mills and Kwame Boakye. He was raised along with his two brothers Kwame Boateng and Kwesi Boakye by Ghanaian parents. Hence he is of Ghanaian descent. He entered the entertainment industry at the tender age of six appearing in TV commercials.

Kofi Siriboe began his career as a model with Wilhelmina Models New York and Vision Los Angeles. Before that he used to work with print work and television commercials. In 2008, he made his film debut with the comedy-drama 'The Longshots'. He then appeared in the comedy series Awkward with the recurring role. Likewise, he has performed in an array of TV series including Lincoln Heights, Prom, Whiplash, Kicks, and Girls Trip. Recently he was seen in the episode of Entourage and CSI: Crime Scene Investigation. He has made a great fortune from his career as a model and an actor. He is an uprising star and no wonder he earns a good sum of money from his career. His current estimated net worth is still under review.

Kofi Siriboe is yet to receive any specific award until now but has managed to accumulate numerous fans all over the world. His Instagram has reached 756k followers.