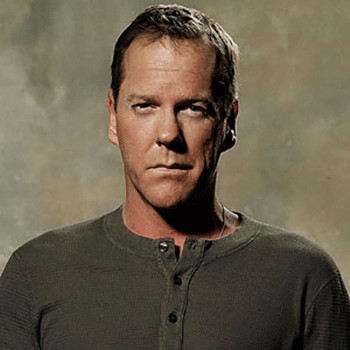 ...
Who is Kiefer Sutherland

Popular and talented actor,film director,singer,songwriter and film producer from London.He rose to fame after appearing in the Fox drama sitcom named 24.

Born and raised in Paddington,England from parents Donald Sutherland and Shirley Douglas.He has two half brothers and twin sister Rachel.

He has an estimated net worth of 65 million dollar.An independent record label Ironworks company is owned by him.He is a successful businessman.

Kiefer was married to Camelia Kath and Elizabeth Kelly Winn and later got divorced with both of them.He has a beautiful daughter named Sarah from first wife Camelia.

He was charged for drinking and driving in Los Angeles.