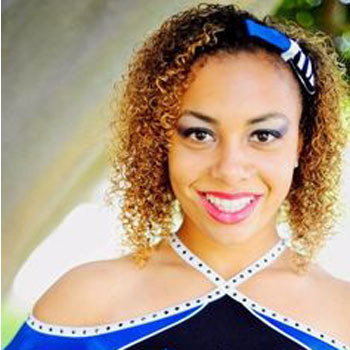 Talented and globally recognized as the cheerleader, gymnastics and power tumbler from America. She is regarded as the world champion power tumbler.

Born in Oxnard, California as the daughter of Todd and Monique. Later she migrated to Waco, Texas along with her parents. By the 3 and half years she was already pro at third back hang spring.

Kiara is also internationally ranked cheerleader. Her nicknames are Kiki and Keeks. She has received seven scholarships because of her athletic skills.

Nowlin's active sports career  may be the cause of having inactive love life. She divides her time to gymnastics and her parents.