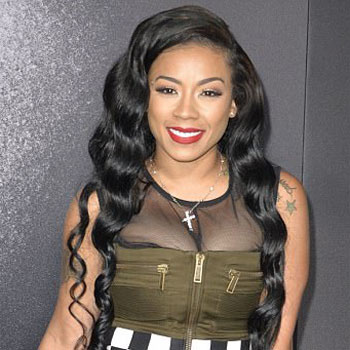 Cole was born on Oct 15, 1981, in Oakland, California. She is of American nationality and of Afro-American descent. Born in the mid of October, her zodiac sign is Libra. Grew up with the passion for singing and dancing, she began her career at the age of 12.

She has a total estimated net worth of $9.5 million. Cole is also well recognized for being a successful businesswoman. She has her own shoe line business.

Keyshia and her longtime husband Daniel Gibson are already divorced now. The duo started dating in May 2009. They were engaged on January 1, 2010. On March 2, 2010, the couple welcomed their first child. On May 21, 2011, they celebrated their wedding in presence of some important guest and relatives in Hawaii. However, their relationship did not sustain long. As of April 2017, Cole has announced that she and Gibson are going to separate.

Keyshia is rumored to be dating Floyd Mayweather.