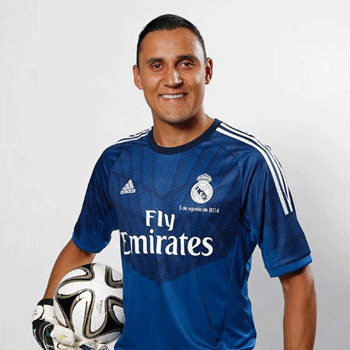 He was born in Perez Zeledon, San Jose, Costa Rica. In 2005 November 6, he started his football career by joining club Deportivo Saprissa. But later after five years he dropped out of the club and joined Albacete Balompie from Spain.

He has been awarded with many honorable awards like Best Goalkeeper/All-Tournament Team 2009 in CONCACAF Gold Cup, Best Player 2009 title in UNCAF Nations Cup and many more.

There is rumor going on that he is being linked with FC Barca for the replacement for veteran keeper Jose Manuel Pinto.