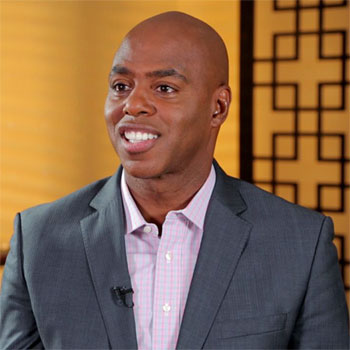 ...
Who is Kevin Frazier

Kevin Frazier is a popular television personality well-known for hosting the show Entertainment Tonight. The urban entertainment website HipHollywood.com is founded and owned by him.

He was born and grew up in Maryland, United States. Attended Oakland Mills Middle School and graduated from Morgan State University.

He earns $500 thousand annually and has a whopping net worth of $2 million. Kevin also served as an anchor of several ESPN and FSN NBA programs. He was a part of America's Next Top Model.

He is happily married to Yasmin Cader for over a decade. The couple celebrated their marriage on November 25, in 2006 in Malibu during the Thanksgiving Holiday weekend.They share two sons, Shame Cader and Reece Cader. Previously, he was in an affair with Andrea Frazier with whom he has a son named Tony.

He is the winner of Daytime Emmy Award for Outstanding Entertainment News Program.

He is successfully keeping away from his professional as well as personal life away from rumor and controversy.