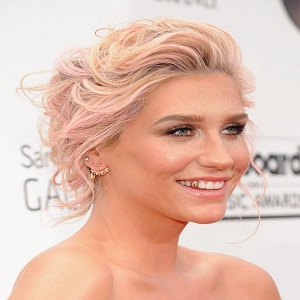 Kesha was born in Los Angeles, California from a single mother Patricia Rose 'Pebe' Sebert who is also a song writer and singer herself

Kesha loves having a scrapbook and believes it lifts her up when she is feeling low.

She learnt how to write a songs from "Pebe" and they used to write songs together after kesha got back from her high school.

Most of her songs was nominated where 'best new artist awards', 'Award wining songs' etc are the few awards she won.

The Butt implant of Kesha was just a fake news.