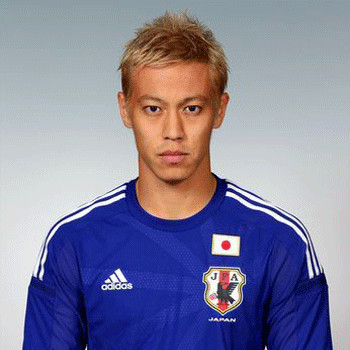 ...
Who is Keisuke Honda

He was born in Settsu, Osaka Prefecture, Japan.When he was just teenager he played for Gamba Osaka from 1999 to 2001. He joined Seiry High School where he completed his high school.

He belongs to bloodline of athletes because his older brother was also a footballer and including Honda's great-uncle Daisaburo was also a canoeist who represented Japan in the 1964 Tokyo Olympics.

He is a married to his girlfriend Misako Honda. They were married in 2008. His spouse Misako is a kindergarten teacher. Couple are the parents of an adorable son.

During the game between Valencia vs. AC Milan, he was badly criticized for his corner kick as "The Worst Corner Kick Ever".