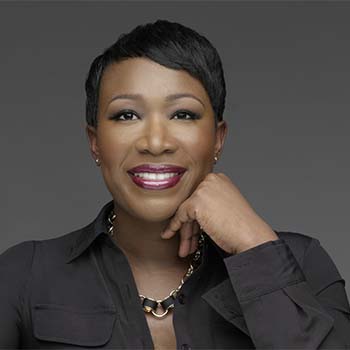 Born Joy-Ann Lomena in Brooklyn to a Congolese father and a Guyanese mother, Joy was raised in Denver. She graduated from Harvard University in 1991, where she majored in film.

During the 2004 presidential campaign, Reid served as the Florida deputy communications director for the 527 “America Coming Together” initiative, and was a press aide in the final stretch of President Barack Obama’s Florida campaign in 2008.

She is married to Jason Reid, a documentary film editor for the Discovery Channel. They have three children together. She currently resides in Brooklyn with her husband and family.

She is a 2003 Knight Center for Specialized Journalism fellow. Joy-Ann Reid is the author of the book Fracture: Barack Obama, the Clintons and the Racial Divide, published by Harper Collins on September 8, 2015.