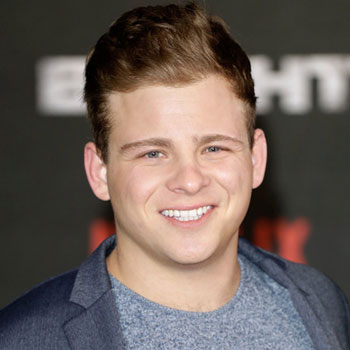 ...
Who is Jonathan Lipnicki

Joseph and Rhonda (née Rosen) Lipnicki are his parents. He has an older sister, Alexis. He is of American nationality and belongs to mixed ethnicity. He completed his education at Agoura High School, which was based in the city of Agoura Hills in Los Angeles County in California.

He is the philanthropist and has been a speaker for the Breast Cancer Research Foundation and is actively indulged in the Juvenile Diabetes Research Foundation, the Starlight Children Foundation, and the NBA's Read to Achieve Program. He is earning a good amount of money from his career as per the estimation by Celebrity Net Worth is $5 million.

He is currently dating Rebecca Mason. They went for a dinner date with Jonathan's friends in Los Angeles. The couple also shares series of the photograph on the Instagram. He suffered through a lifelong battle with anxiety and depression. Besides his acting career, he loves to play basketball and great passion for watching MMA and involved in Waterpolo.