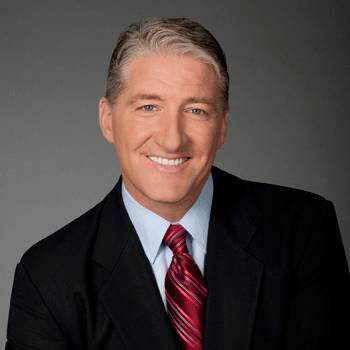 He enrolled in Boston Latin School, and got a bachelor's degree in journalism from the University of Rhode Island. He joined the Associated Press and began as a writer and also joined CNN,where he positioned as the senior White House correspondent.

king don't have any relationship to former fellow CNN personality Larry King. He also uses the Multi-Touch Collaboration Wall, nicknamed the "Magic Wall" or "Magic Map." As he is famous figure in journalism, his estimated net worth is $2 million in 2012.

King is of Irish descent. He have two teenage children from previous marriage. King married colleague CNN anchor Dana Bash and have one son. Before marrying he converted from Roman Catholic to Judaism, Bash's religion.The couple separated in March 2012.

King was stand as a chief political correspondent and headed the AP's political coverage of presidential elections. King nailed the top reporting prize from the Associated Press Managing Editors' Association for his coverage of the Gulf War in Kuwait.

John king don't have any rumor and controversy till date.

Sue Aikens is one of the prominent characters and stars of the National Geographic Channel’s documentary series "Life Below Zero."