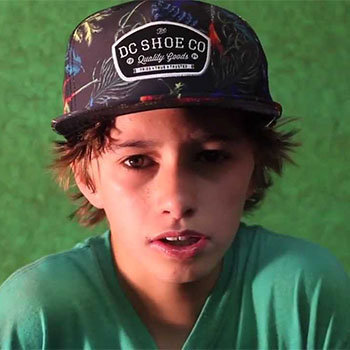 Jett Eaton started skating at the age of 7 as he along with his brother at his family's run skatepark in Mesa, Arizona. a school that trains a number of junior X Games competitors.

He is most well known for being one of the youngest kids to start skating the 80 foot tall MegaRamp, opening doors for a new generation to follow.

Jett and his brother started skateboarding under their father's tutelage at a young age, with his brother Jagger commencing at four years of age.

at the age of 13, on December 2014, he has won Tampa Am, in Tampa, Florida, US. He is one of the youngest skateboarders to win the competition

no any rumor and controversy has found against him so far