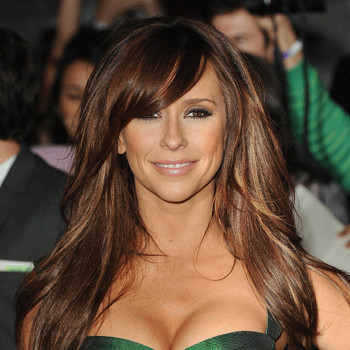 ...
Who is Jennifer Love

Since her early age, she was attracted to music. At the age of 3, she sang the song "The Greatest Love of All" at a livestock show. At the age of 9, she became the member of Texas Show Team. Attended Lincoln High School.

Has a curvaceous, buxom figure accompanied by the Lisp breathless voice. Often can be seen in the movies related to romance.

Dated with Ross McCall and Jamie Kennedy. Since 2012, she started dating with Brian Hallisay. In 2013, they announced their engagement and expecting the first child. they got married in 2013 and has a daughter named Autumn James Hallisay.

Been in the top 100 hot and sexiest women several times from different magazines. Winner of 2 Saturn Awards and several other awards and recognition.

Rumor on her split and second pregnancy is on the topic but are seemed to be airy. Also, she was rumored for her on and off relations and dating.