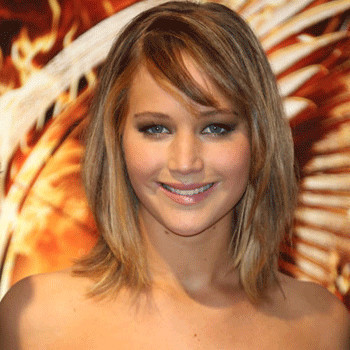 ...
Who is Jennifer Lawrence

At the age of 14, decided to pursue the career in acting. Her parents had taken her to NY to find an agent. Attended Kammerer Middle school in Louisville and graduated from her high school 2 years early than normal aiming at her career in acting.

Has the low pitched husky voice. Voted as "Most Talkative" by her class. Known for having "Sexiest Eyes" by the Victoria's Secret What is Sexy List.

Never been married till date. Dated Nicholas Hoult in 2011 but they broke up in 2013 after 2 years of her relation. Again reconnected after 6 months of their break up and got separated in 2014. Currently single and ready to mingle.

Known for her charity works. Winner of two Golden Globe Awards, one BAFTA Award and receiver of several Awards and recognition. Recognized as the highest grossing action heroine of all time in 2015 edition of Guinness World Record Book.

There is a recent rumor of her dating with Chris Martin secretly.