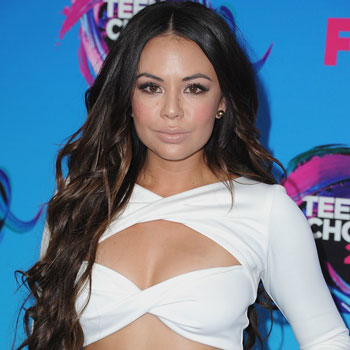 ...
Who is Janel Parrish

She was born in Honolulu, Hawaii to Joanne and Mark Philip Parrish. She grew up along with her older sister Melissa Nohelani. She attended Moanalua Elementry School and Moanalua High School. She was homeschooled for her higher education. She started playing the piano when she was six and also studied acting, singing tap and jazz dance.

She is listed as one of the celebrities competing on the 19th season of "Dancing with the Stars." She has perfect body measurements of 33-25-34 inch. Her hair color is dark brown, and the color of her eye is light brown. With her appearance in an array of TV series and films, she earns a lucrative amount from her career. Her current estimated net worth is $700 thousand.

She started dating her boyfriend Chris Long in September 2016 and engaged with him in October 2017. She also dated a musician Justin Altamura for about two years. She has a dog, Eliot which is of Yorkshire Terrier breed.

She has not involved in any rumor or controversy till now.