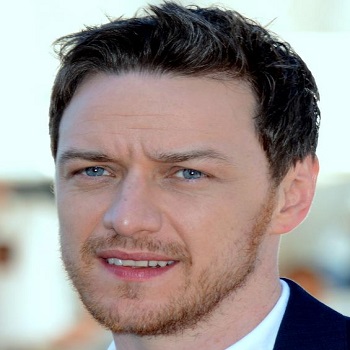 McAvoy was born in Glasgow, Scotland, the son of Elizabeth (née Johnstone), a psychiatric nurse, and James McAvoy, Sr., a builder. He attended St. Thomas Aquinas Sec in Jordanhill, Glasgow.

While growing up, McAvoy wanted to be a priest. He was chosen as one of People Magazine's Sexiest Men Alive for 2007. His estimated net worth is $96 million.

McAvoy dated Scottish actress Emma Nielsen (stage name Emma King) for six years until 2003. But he married Anne-Marie Duff on 18 October 2006 in a quiet ceremony. They have one child together, a son named Brendan.

James has won BAFTA Rising Star Award in 2006. In 2007 he won Cannes Chopard Trophy for category of Male Revelation. He has won British Independent Film Award for category of Best Actor for Filth (2013).

There is a rumor about James McAvoy to Star in as Ian Fleming, the movie about the man who created James Bond.