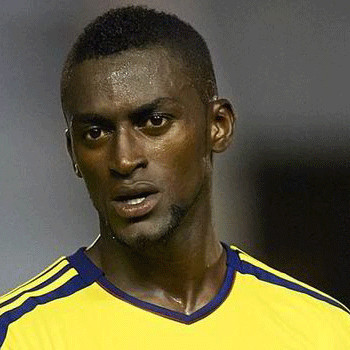 ...
Who is Jackson Martinez

He was born in Quibdo, Colombia. He started his football career playing football for Independiente Medellín. Later he left Colombian side for Mexico in 2010, and signed for Jaguares de Chiapas.

He is nicknamed as Cha Cha Cha for his astonishing dance-like moves on the pitch. He is often described as "an out-and-out goalscorer and a front-to-goal centre-forward who can finish off both feet".

There is no rumor of any affair of him with anyone. He is still single. It seems like he is very personal about his personal life and deeply devoted towards his own football career giving him no time for girlfriend things.

In 2009 scoring 18 goals he became the top goalscorer for the season in Columbian league and also led Independiente Medellín to their 5th league title. He is also regularly featured in Columbia's qualification and friendly games.

He was in the headlines when he was crowned as King of the goal, despite the bad year for del Porto.