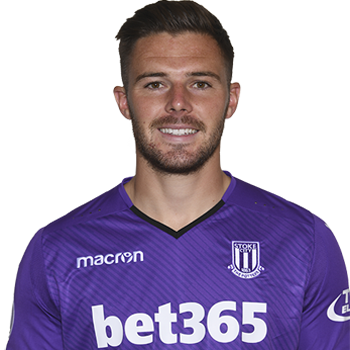 He started his youth career joining youth team of Clevedon United. He then joined Birmingham City in 2007. Besides football, he was also a keen rugby player.

His market value is worth to be around €15 million. He used to receive around £50,000 per week, i.e. about £3 million as a salary while at Stoke. As per the sources, his net worth is estimated to be approximately £20 million. He has made a collection of several cars in his list which includes Audi, BMW, and Rolls Royce.

Jack Butland was in an affair with his childhood friend, Steph Parsons since 2007. The couple first met at school in Somerset. The duo split in 2016 after Butland started his relationship with Annabel Payton, an Emirates crew worker air hostess. He met Annabel Payton when he was on vacation in Dubai. Once, his car Audi RS5 was stolen from his house Walsall in January 2014. He is a philanthropist and donated £5,000 to the Great Britain women's deaf football team.

As a successful player, he represented England at the all age-group levels, playing for the under-17 team that won the 2010 European championships. Moreover, he appeared in the Great Britain Olympics for the 2012 London Olympics.

Jack Butland does not have any rumor or controversy regarding his career and relationship till the present date.