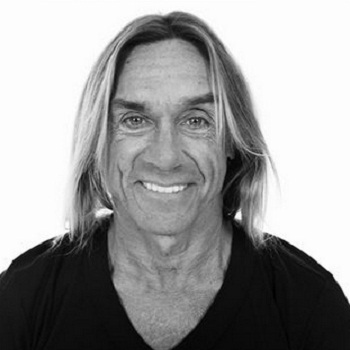 He was born in Muskegon, Michigan to Louella and James Newell Osterberg, Sr. His father James was a baseball coach as well as English teacher at the Fordson High School located in Dearborn, Michigan.

His birth name is James Newell Osterberg, Jr. He net worth is estimated to be around USD$15 million. His weight is 65 kg. He is also called by his nick name as The Iguana. He has blonde hair and blue eyes.

He first was married to Wendy Weissberg. He then got married to Suchi Asano. The couple's marriage did not last for long as it ended in 1999. He then got wed to his longtime sweetheart Nina Alu. He has a son with Paulette Benson.

There were rumors about him of being bisexual.